So there’s a Russian grey-hat hacker who breaks into people’s routers from MicroTik and patches them. He goes into the routers and makes changes in their settings so that they will not be battered by those big cyber bullies and criminals out there in the digital world!

This internet vigilante who hacks into routers to save them from other hackers goes by the name “Alexey”.

He claims to have patched more than 100,000 routers already! He prides his work, which seems to be a dear hobby of his, on a Russian blogging platform and mentions that he merely adds some firewalls rules which are used to block any access to every router from anywhere outside of the local network. “In the comments, I wrote information about the vulnerability and left the address of the @router_os Telegram channel, where it was possible for them to ask questions”, Alexey added.

This vulnerability of MikroTik routers came to light in late April this year, and the company rolled out a patch for it in no time. However, black-hat hackers still took pleasure in taking advantage of the bug as much as they could. This bug was effective especially because cybercriminals could easily get a user’s database file, where all the usernames and passwords are stored. They could then create chaos anywhere they pleased, and no one would be get to know about it. This is some serious cybercrime!

It is surprising that out of the 100,000 routers that Alexey has patched, only 50 users reached out to him via Telegram. Just a few of them displayed their gratitude towards Alexey for patching their routers, while most of the people who have been hacked by him are nothing but irritated with him and want nothing to do with him.

Security researcher, Troy Mursch, says that over 420,000 MikroTik routers currently connected to the internet show signs of being infected with cryptocurrency-mining scripts. MikroTik has made the patches available on the internet but it is actually up to the users to make the updates and keep themselves protected.

According to Alexey, the cybercriminals are not subtle or unnoticeable in their work, and that is why he has been able to fix a large number of routers. He is doing what he can to help people in the digital world. Though despite his good intentions of helping people stay protected, Alexey is on the wrong side of things. It is illegal to access another person’s information without consent. 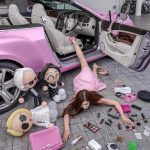 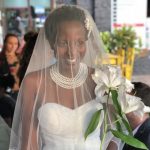