The TV show ‘FRIENDS’ was a sensation. One of the most loved television shows all over the world, that took comedy to a new level and became the go-to therapy for a lot of people, especially those in college as the show was about a group of 6 friends – Ross, Rachel, Monica, Chandler, Joey and Phoebe hanging out together. A lot of friend circles actually even identify the show’s characters within their groups. Binge watching ‘FRIENDS’ was no surprise and no one actually ever got tired of watching the series over and over again.

Through the 10 seasons of the show, ‘FRIENDS’ fans have become a part of it in so many different ways. This show was something that a lot of people could relate to and saw as an attachment to themselves. When the show ended, the last episode sure did make a lot of eyes well up.

Till today, there are certain debates that hardcore ‘FRIENDS’ fans have, and the discussions keep going, they never end. These topics are always on fire and well, in a way they keep the passion of the show alive.

Again, there are multiple favourites that everyone has about this one. A super tough choice to make. Joey’s infamous “How you doin’?”, Ross’ “Pivot!”, the whole “We were on a break!”, Phoebe’s concept of the “Lobster”, Monica’s “Seven! Seven! Seven!”, Janice’s “Oh. My. God.”, the list can keep going! All of them are funny wen you think of the context they come from and that makes it even hard to choose one of them.

What was that, right? Mostly people argue that Ross and Rachel were meant to be, since the beginning and the plot twist after the 8th season got everyone confused when Rachel and Joey kinda get together. It felt awkward and bizarre for the storyline to take that direction.

Hmm…a difficult choice yet again. There are too many favourite couples to choose from – Ross and Rachel, Monica And Chandler, Chandler and Kathy, Phoebe and Mike, and it could go on. Which was the best couple? Do we even know who we think were the best together? I highly doubt that.

Who was the one who was the most loyal and committed to his/her friendship and was selfless when it came to friends and relationships? Yeah, now go have a debate about that for a while. It might take you longer!

Well, in the midst of all the debates and arguments, everyone agrees on one fact – ‘FRIENDS’ is a show everyone loves and never gets tired of watching! Like I said in the beginning, it’s like your go-to. 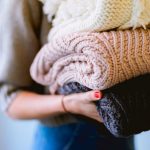 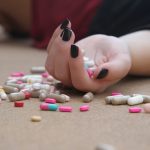