During the Royal Tour of Prince Harry and Duchess Meghan Markle in Melbourne, the Duchess was eagerly approached by 6-year-old Gavin Hazelwood with a sign that read ‘I Made you A Necklace’. This 6-year-old gifted Megan a homemade pasta necklace and it is the most adorable thing on the internet right now!

As we all know, Megan often wears jewellery that has sentimental value. So she instantly bent down, took the gift from his tiny hands and pulled it over her head. Now, little Gavin has become pretty famous in the jewellery industry. He has orders for homemade jewellery coming in from all over the world!

“We had a lot of people saying to Gavin, you should make more, you’ll make lots of money from this, everybody will want to buy her necklace,” his mom, Rowan Hazelwood, told Network 10, as reported by CBS News.

EXCLUSIVE: That necklace Meghan Markle was wearing today is made of pasta dipped in gold. Gavin, who “woke up with a cough” today, got his wish to meet a princess. – with @brontecoy @newscomauHQ https://t.co/Gegy88Q7Q5 pic.twitter.com/XsK8iQGg9K

Gavin’s family decided to create a website for Gavin, where fans can buy the dinosaur-shaped pasta with gold paint necklaces for $20. Since the website was set up, little Gavin has since received orders from Australia, the U.K. and the U.S.

Gavin wants to donate all of his earnings from selling the homemade necklaces to a stillborn research charity, as his mother had lost a baby girl previously, CBS reported.

“She’s a part of our lives still, even for the kids, and they talk to her every day,” she told Network 10.

“My sister was stillborn in 2014 and I don’t want it to happen to anymore,” he wrote on his site. His parents named the stillborn baby Clara.

Gavin was dressed as Qantas pilot when he went to meet the Royal Couple. He had made the ribbon and gold-painted pasta necklace earlier that morning after he told his mom that he wasn’t feeling well enough to go to school and wanted to stay home and make the necklace for Megan. He dipped some dinosaur-shaped pasta pieces into gold paint, then threaded some ribbon through the pasta.

“I did the pasta with gold paint. Mum helped me thread through the necklace,” he told Fairfax Media.

The Duchess of Sussex wore the gifted pasta necklace for part of the day, and it could be seen in news photographs from couple’s rounds of Melbourne.

Gavin woke up “with a cough” so had to stay home from school today. He whipped together a necklace for Meghan, painted it gold and hopes to give it to her soon. @newscomauHQ pic.twitter.com/Y3y3OZjjRK 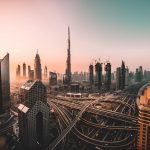 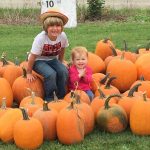