Elon Musk is known to bring path breaking technologies and this time got bored and he names his new venture The Boring Company. The reason naming his Company is that he is not satisfied by the way we all travel and limitations with the current 2D transportation network. Long traffic jam and erratic traffic just make the travel uneasy and boring.

Musk has named his new company “The Boring Company” which envisions to change the way we travel through cars.

The new company’s project is led by Steve Davis, one the engineers of SpaceX, who is working on how we can move faster on the streets. The Boring Company will build a network of underground tunnels that would have electric skates carrying cars at a high speed. The electric stake would work as a carrier for the car and then propel the cars at very high speed of 130 mph.

The company has started to build the prototype under the premises of SpaceX because it does not require permit to dig.

Though the word boring also means digging, Elon Musk made a perfect blend of using the word for both the reason. 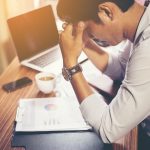 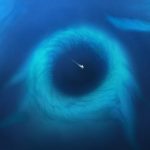