There is a very deep place on earth called Mariana Trench. This mystifying place holds some things which are unimaginable.

Let’s see what secret this place hold and what mysterious creatures exist here.

This place is on the west of the pacific ocean, near the Mariana islands from which its name is derived.

The Mariana trench is huge v shape trench, around 1500 km wide and having depth of 11000 meters. It so big that even if a Mount Everest is dropped in this trench then it still its peak would be 1 km under the water.

At the bottom of the trench the pressure of water is so much that its is 1000 times more than the standard atmospheric pressure at sea level, even iron bends at such monumental pressure.
It was believed that at such a high pressure place and deep place life would have remote chances.
As expedition in the year 1960 went down there for almost 20 minutes and claimed and found life at a such depth such as a flatfish, shrimps.

Another expedition in the year 2011 was conducted with better equipments such as digital video and lights to explore this region. Astonishingly a gigantic single-celled amoebas with a size of more than 4 in (10 cm), belonging to the class of xenophyophores were observed.

In December 2014, a new species of snailfish was discovered at a depth of 8,145 m (26,722 ft), breaking the previous record for the deepest living fish seen on video. Several other new species were also filmed, including huge crustaceans known as supergiants.

It is also believed that extinct species of shark “Megalodon” was inhabitant of this place in the past, Megalodon is the bigger and dangerous version of the modern shark that exist today.

In 2012, director and explorer James Cameron fulfilled his longtime ambition of reaching the bottom in a manned craft at the site north of Guam, Mariana trench. 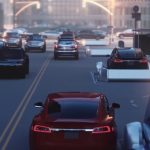 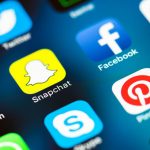