As part of their royal tour this last week, the Duke and Duchess of Sussex, Prince Harry and Megan Markle were visiting Dubbo, Australia and the sweetest thing happened while they were being welcomed. They were greeted at the airport by school children.

Luke Vincent, a 5-year-old boy with down syndrome, was standing last in the line of children waiting to meet the royal couple. The children were clearly told that they were not supposed to touch the royal couple while greeting them, as it is the protocol. But royal protocols don’t apply to kids, now do they?

As Prince Harry approached Luke to greet him, the little boy just threw his arms around Prince Harry, giving him an adorable hug. He then went on to playfully rub Prince Harry’s beard, because he was fascinated by the duke’s beard and well, his “favourite person in the world is Santa Claus”, BBC reported.

The videos of this beautiful greeting is melting hearts all over the world.

The videos also show Luke giving a bouquet of flowers to Megan Markle along with a warm hug. While narrating the incident, the principal of the school, Anne Van Dartel said, it was the Duke who asked Luke to hug the duchess. “He said ‘Hello young man.’ And Luke just said, ‘Hello Harry.’ And Prince Harry graciously realized that his language is limited. And he introduced him to his wife and said, ‘She would love a cuddle too.’ And he said, ‘Luke will you please give my wife a hug as well?’” a report read. While Luke was happy to hug the Duchess of Sussex, he came back to hug the Duke to rub his hair and beard one more time.

In an interview with the Daily Mail, Van Dartel said she got worried when Luke started to rub Prince Harry’s face and hair, “But Prince Harry was completely gracious and was so polite and realized what was happening and his infatuation with his beard.”

Australian cartoonist, Warren Brown, took this beautiful moment to create an illustration for Sydney’s Daily Telegraph. In his cartoon, he draws a little boy with a hat and glasses rubbing the red beard of Prince Harry, who is on his knee. The caption reads: The Duke of Sussex kneels to receive the highest honor…”

The most beautiful moment – from one Prince to another – my cartoon in today’s Daily Telegraph #DailyTelegraph #PrinceHarry #InvictusGames pic.twitter.com/4kcEYsPN1Q 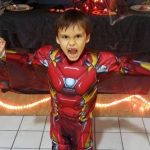 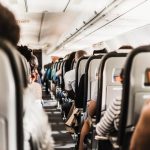