People in his village did not really take him seriously because people make promises and then break them; it is almost a given every time any promise is made. But Vikas pursued this dream of his with great passion. To make sure that he was able to live his dream, he worked hard at school and trained to get into a proper academy to actually go on and become a full-fledged pilot. And who would have thought that he would keep his promise to his people, years later!

“Many people make promises to the elderly, but he kept his word,” Bimla, a 90-year-old woman, told the Times of India. She said that she had never even dreamt of such a thing. It was hard for her to believe that she was going to travel in a flight for the first time in her life.

Vikas was able to proudly take a total of 22 people from his village, above the age of 70, and fly them from New Delhi to Amritsar to visit the Golden Temple, the Wagah Border, and the Jallianwala Bagh.

Some of the elders said they had never imagined they would ever fly. Two 78-year-old passengers said the air travel was “the best moment of their lives”. It was a real treat for the elderly of Sarangpur and such a sweet gesture from Vikas to show his love and respect for his people.

It was a day of pride for the people of Sarangpur. Everyone showered praises on Vikas; they said that he was always confident he would become a pilot one day.

The pilot’s father Mahendra Jayani, senior manager at a bank, said that Vikas always respected elders and this was his dream. He told the newspaper that his son’s gesture was nothing less than a pilgrimage.

“He fulfilled his dream and that’s the most important thing for me. All youth should follow Vikas’ example and we should all respect our elders,” he added. 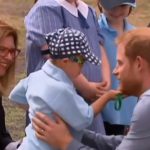 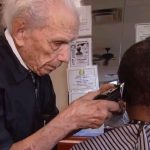