We all know that NASA is the foremost agency working for space research, satellite development and deals with the civilian space program as well as aeronautics and aerospace research. World renowned scientists have worked with NASA at one point or the other and together with the agency, they have set out to explore space to get a better understanding of the universe, and perhaps, even find other intelligent life among the stars. Most of the time, the things that they do are serious and involves a lot of secrecy. But not everything that they do is boring or mundane or even a secret. Here are 9 fascinating and weird facts about NASA that we are pretty sure you did not know.

You heard it right!! As part of its research, NASA has to study the effects of zero gravity on the body during various functions in order to keep astronauts healthy when they travel to space. So they recruit healthy volunteers to just stay in bed and lie on their backs for 70 days, and in return, the volunteers get paid $18,000.

#2. NASA was sued for landing on Mars

Even though everything outside of Earth’s atmosphere is out of human jurisdiction, there were these three men from Yeme, who claimed that they had inherited Mars 3,000 years ago, and they even had the paperwork to prove it. According to them, since they had not given NASA permission to conduct missions to Mars, they sued them for trespassing. Of course, this was thrown out of court as it exemplified the very definition of a frivolous lawsuit.

#3. $125 million wasted because some Scientists forgot to convert to the metric system

The U.S. is one of only a handful couple of nations in the world that uses the imperial system for everything. However, this was no excuse for losing a spacecraft worth $125 million as a result. This happened when the Mars Climate Orbiter got lost because its navigation commands got all jumbled up. The reason for this? Half of the scientists involved used the metric system while the other half used the imperial system.

#4. NASA was fined $400 dollars for littering and they refused to pay it

As silly as it may sound, NASA really refused to pay the fine despite having a budget of over a billion dollars!! The $400 fine was imposed for littering, when some debris from a NASA spacecraft landed on the Australian west coast rather than its intended destination in the Indian Ocean in 1979.Thankfully, there are conscientious people around like a radio DJ in California and his listeners who collected the money and paid the fine.

You know the Super Soaker water pistol right? It is one of the most well known household toys in the US but guess what?? It was invented by NASA scientist Lonnie Johnson is well known within the organization for being a part of the original team that worked on the stealth bomber project. 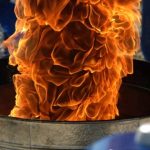 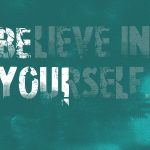