Slime. That gooey, sticky, icky stuff that kids like and parents don’t. Slime has proved to be one of THE most favorite things that kids enjoy playing with. Imagine if they could eat it too?

Yup, it’s true. The creativity of culinary masterminds at Jell-O have created slime that is edible! This slime is made of gelatin and currently comes in two amazing flavors – Unicorn Slime (which is strawberry flavored) and Monster Slime (which is lime flavored).

This is not the first time that edible slime has been made, but it is way better than the previous versions because the previous ones were homemade and needed a lot of preparation, not to mention the intense clean-up required after the mess is made.

Thanks to Jell-O, the new edible slime comes in jars and is very easy to make and according to the company, the slime comes off clothes and skin easily when washed with water and soap. Now you don’t need to worry about getting off that sticky slime off your children and your house.

All you need to do is add three scoops of the slime mixture into a bowl and add one scoop of warm water to it as you stir it. After 30 seconds of stirring, add a tablespoon of warm water again. And you’re all set! Just get in there and play! The best part is that after you’re done playing, you can just eat it all up! (Less cleaning, right?)

For those children (and even adults) who love playing with their food, Jell-O has some more exciting stuff for you.  Along with this new slime, the new Jell-O Play line collection brings kits that help kids build their edible toys, including Jell-O Mud, Jell-O edible stickers, Jell-O Jigglers and Jell-O Play build-and-eat kits.

“Jell-O Play is a toy you can eat,” said Katy Marshall, marketing and sales lead at Kraft Heinz, in a press release about the new brand. “There are no rules to what you can make when you let your creativity out of your head, onto your plate and into your mouth.” 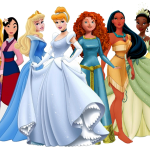 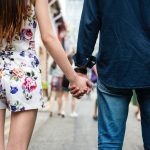