Hurricane Harvey is doing lot of damage to Houston, Texas. The city is almost flooded and affecting thousand of people, who are being forced to leave their home due to heavy flooding.

When Brian Foster returned to his home to assess the damage done by the hurricane. He found a 9 Foot Alligator greeting him from under the table in his dinning room. The unwelcome guest had come inside the house due to heavy flooding and was nicely enjoying its stay at Brian’s home. He called 911 immediately for help and in no time the officials were there for rescue. The rescue operation went for around 20 minutes, until the alligator was captured and the department tweeted  “He will be delivered back into this natural habitat soon”. The officials had to tape the mouth of the alligator to prevent the animal from biting them.

Due to the high intensity of Hurricane Harvey, a lot of animals have been displaced from their natural habitats.

Reports of wild animals spotted in the homes of local residents are on rise. Last week a woman reported that two alligators were spotted swimming in her flooded backyard. The video taken by her of the alligators is quite chilling. 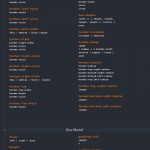 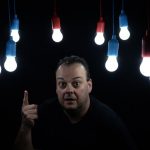