Turkey is a country located at the crossroads of Europe and Asia. It is officially called the Republic of Turkey and its capital is Ankara, while its largest city is Istanbul. Turkey has a population of around 84 million people and its official language is Turkish.

Turkey has a diverse culture and history, with influences from various civilizations such as the Greeks, Romans, Ottomans, and Persians. The country has a rich heritage of art, music, literature, and cuisine.

Turkey has a mixed economy that is classified as newly industrialized country and developing country, and an emerging market. Turkey is a member of the G-20 major economies, OECD, OSCE, and the Turkic Council.

Turkey is a unitary parliamentary constitutional republic and the President of Turkey is the head of government and head of state. Turkey has a multiparty system. The main political parties are the Justice and Development Party (AKP) and the Republican People’s Party (CHP).

Turkey has a coastline on the Mediterranean, Aegean, and Black Sea and it’s known for its beautiful beaches, historic sites, and delicious cuisine. Some of the well-known tourist destinations in Turkey include Istanbul, Ephesus, Cappadocia, Antalya, and Bodrum.

Turkey is a country with a rich history and culture, and there are many places to visit and see when you travel there. Some of the best places to see in Turkey include:

Istanbul: The largest city in Turkey, Istanbul is a melting pot of cultures and civilizations, with historic landmarks such as the Hagia Sophia, the Blue Mosque, and the Topkapi Palace.

Cappadocia: Known for its unique geological formations, Cappadocia is a region in central Turkey that is famous for its fairy chimneys, underground cities, and hot air balloon rides.

Ephesus: This ancient city is home to some of the best-preserved Roman ruins in the world, including the Temple of Artemis and the Library of Celsus.

Pamukkale: This natural wonder is a UNESCO World Heritage Site and features hot springs and mineral terraces that have been formed into pools and waterfalls.

Antalya: Known as the “Turkish Riviera,” Antalya is a popular seaside resort with beautiful beaches, historic sites, and delicious seafood.

Bodrum: A coastal town on the Aegean Sea, Bodrum is known for its nightlife, beaches and ancient city of Halicarnassus which is one of the seven wonders of the ancient world.

Gallipoli: This historic site is where the famous Battle of Gallipoli was fought during World War I. Visitors can see the trenches, memorials, and cemeteries of the soldiers who fought there.

Troy: ancient city that was made famous by Homer’s epic poem, the Iliad. Visitors can see the remains of the city walls, the temple of Athena and the Trojan Horse. 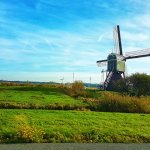 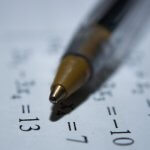