While the sun is a major source of energy, it has its limitations. Some of the major problems is that it is not available at night, it hides during cloudy days and some parts of the world actually waits for the sun to come for months. For example, sunlight is quite irregular in Central Europe and even when it is there, it never shines with the same intensity like it does in other parts of the world.

Germany is one country which takes renewable energy very seriously and the country feels that to  be dependent on an energy source which is not reliable; is not an efficient structure.

To keep the country’s commitment and also to help scientists and researchers to keep their work of investigating renewable energy, the German Space Center (DLR) has built an artificial sun called ‘Synlight‘ and is making it public in Jülich, North Rhine Westphalia.

Hydrogen is very important fuel in terms of renewable energy or green fuel for the future because it leaves only water after it has been used. The only problem with producing hydrogen is that it requires large amounts of energy, which at present comes from the sun. DLR was already producing hydrogen with the help of solar radiation but this was done only at laboratory scale. If hydrogen is to used at a industry scale then there has to be some constant and reliable source of energy. So DLR built the three story artificial sun to be used in various research for developing solar technologies including producing hydrogen using solar radiation. 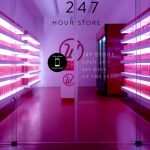 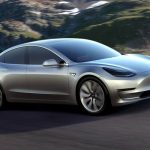