Coach Carlos Jara Saguier, the 61-year-old coach of the Paraguayan soccer club 2 de Mayo based in Pedro Juan Caballero, once gave a stray dog a piece of the pie, and that was it.

Since then, the dog is found at the soccer club and greets coach Saguier when he goes to work, every single day. The dog is always by coach Saguier’s side – while is he is giving a training session, walking down the corridors or in his office. She doesn’t leave the coach’s side at all.

The dog has been named Tespara by the coach and the team and she has pretty much become a part of the team. Coach Saguier mentioned that she even threatens their opponents with a grunt. Talk about being loyal!

“Tesapara is the guardian of the club,” Saguier told the Paraguayan newspaper Crónica. “She lives there – when the gates close she is fierce but by day she is friendly. She accompanies me on the pitch, in the corridors, in the office”, said coach Saguier.

“She’s my partner in this adventure with this club.”

Can you believe that a stray dog has become a part of the coaching team? Well, she sure seems no less than a serious assistant coach. She even tries to imitate the movements of the players during practice and training session! She is always ready to help in motivating and encouraging the team to push harder. How cute is that?! 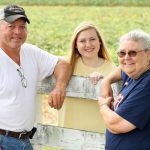 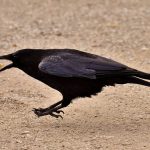