We all know that one couple who don’t fight at all and we wonder what the secret of their super well-maintained relationship is. Why do they not fight, like ever?! Is it normal for couples to be like that?

Maybe it is because they have a way of resolving the argument before it flares up into a nasty fight. Or maybe they don’t really communicate well to be able to resolve their issues, they’re scared to confront each other.

“There are some couples who rarely argue because they communicate their wants, needs, preferences, and opinions in a manner that is accepted and processed by each other,” Joshua Klapow, Ph.D. clinical psychologist and host of The Kurre and Klapow Show, told Elite Daily. He shed light on the fact that these couples do have disagreements, “But those disagreements are genuinely resolved, or at least heard, and worked on,” he says. “Couples who communicate honestly, authentically, and with an emphasis on sharing information and learning from each other vs. ‘winning’ or ‘losing’ will tend to argue less.”

Now this seems practical, but too good to be true!

On the split side of this, if a couple does not fight because they don’t want to get into any kind of conflict or are scared that they will get hurt if they choose expressing their emotions, it is a completely different situation. “The emotions associated with the disagreements are still present,” Klapow explains. “The lack of resolution of problems or conflicts by avoiding, compromising constantly, and otherwise pushing them away or aside can lead to miscommunication in the relationship [and] misperceptions about the quality of the relationship.”

But if the couple is confused about the reason of them not fighting – is it because of the super strong communication or no communication, it sure seems like a blissful relationship to the world but is actually one that needs some careful analysing. Dr. Klapow recommends asking yourself certain questions. “Are there topics, problems, [and] situations that I feel strongly about that we are not on the same page about and we are not dealing with? Am I avoiding disagreements because I don’t want to fight? I’m afraid of what my partner may say or do? Or I’m afraid it will ruin the relationship. Am I not arguing because I simply don’t care anymore about trying to communicate?”

If any of the questions have yes as an answer, then it can mean that there is a problem in your relationship that you need to work on. You have a larger communication problem, and the lack of arguing is actually a symptom of it,” Klapow says.

If it is the first, you are an amazingly mature couple and others definitely envy you! But if it is the later, then it is something you both need to talk about. 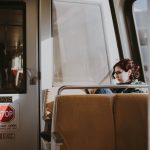 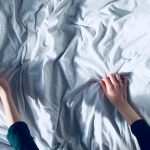