Jupiter is the fifth and largest planet in our solar system. NASA sent a space probe named “Juno” five years back to Jupiter to understand its formation, evolution and structure and now finally Juno has reached Jupiter and is orbiting. Unlike Earth and Mars being rocky planets, Jupiter is a gas giant with no solid surface primarily composed of hydrogen and helium.

When Juno was launched on August 5, 2011 from Cape Canaveral, Jupiter was 445 million miles away from Earth. Juno travelled a total distance of 1,740 million miles to reach to its destination. The Juno mission cost $ 1.1 billion to NASA.

It was not easy for Juno to enter Jupiter’s orbit and it had to do some delicate maneuver by firing its rocket engine to slow down and then slip through the radiation belt and the dust ring. On Monday, the 4th of July, NASA received signal from 540 million miles from Juno, assuring them that Juno had successfully entered the orbit of Jupiter. Juno’s size is close to the size of a basketball court.

It’s official: I’m in orbit at #Jupiter. See how the team is feeling + what’s next https://t.co/07QdiWDxdU pic.twitter.com/NuEGsLNZdi

We all have so many questions about the solar system and even the best scientists in the world have been puzzled by the solar system and often by Jupiter in particular. Well, it is hoped that Juno will help in unlocking the mystery of our solar system and Jupiter being the largest portion of the Sun holds lot of answer to evolution and early formation of our Solar System and its planets.

360 artistic view of Juno mission can be seen in this video:

#1 Giant Gas, with no solid surface.
#2 The largest in the Solar System.
#3 Romans named it.
#4 Its magnetic field is fourteen times stronger than Earth.
#5 Jupiter has 67 natural satellites. 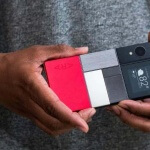 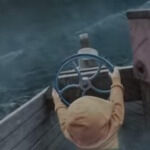