Whenever it’s time for the Grammy’s or the Oscars or any red carpet event, everyone’s eyes are on what the celebrities are wearing. Over the years, we’ve seen many crazy outfits that our stars have worn.  Here we’ve tried to put together our list of the 10 most crazy Celebrities outfits ever. Hope you have as much fun looking at it as we have had while writing and researching for this post.

In case you’re wondering why we have Beyonce in this list at all and we agree that usually this lady is one of the classiest dressers but this time nobody  knows what she was thinking when she wore this outfit at the BET Awards in 2007. What was she thinking, right???

The picture is worth a thousand words. And keep in mind that it’s not an ordinary outfit. It was no less than a leopard print Givenchy dress which she wore at the 2011 Grammy’s and matched it with gloves, tights and pumps. And of course she had to have the black streak and leopard print on her hair.

The “I kissed a girl’ singer showed a variety of crazy, colourful outfits during her Prismatic World Tour in support of her fourth album, Prism. The ensemble below is just one of them.

The Queen of Pop. No way we could have avoided putting her Highness into the list. Let us bow to the Queen of Pop though the outfit looks more Devilish than Queenish.

The Icelandic singer-songwriter, multi-instrumentalist, and occasional actress best known for “It’s Oh So Quiet”, “Army of Me”, and “Hyperballad” is also in our list. Here she is wearing the famous Swan Dress at the 2001 Oscars. She looks pretty cute though.

Who would have thought that the Canadian singer would also be included in this category? Her Back-To-Front John Galliano Tuxedo from the 1999 Oscars made it imperative that we add her to the list of weird celebrity outfits ever.

Oh Rihanna, why oh why?? Wearing a leather studded chained, spiked and zipped outfit that makes her look quite dangerous and edgy, here’s Rihanna wearing the outfit at the American Music Awards in 2008.

The cute kid from Hannah Montana is no longer a kid. She’s all grown up now and trying to shake off or maybe she has already shaken off her goody goody image from the Hannah Montana series. This is Miley at her rebellious best at the 2015 MTV Video Music Awards, all jingling.

Need we say much? Not only are most of her outfits strange but she also has the hairdos to match.

Lady Gaga holds the number 1 position in our view because we’ve all seen her in various forms of weird outfits ever since she made her debut. Here’s one of Lady Gaga in one of her many crazy outfits. This one’s on a night out in Paris in 2014 wearing an inflatable dress which is the reason she makes it to our top position. Wonder how she even got into the outfit!! 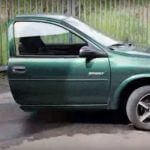 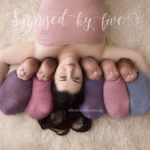